Antigua and Barbuda’s Office of the Prime Minister yesterday revealed the country had just clinched the biggest visa-waiver agreement there is – in terms of landmass – by signing with Russia. The deal catapults the Antiguan passport’s overall landmass-access score from 25% of the world to 37%. 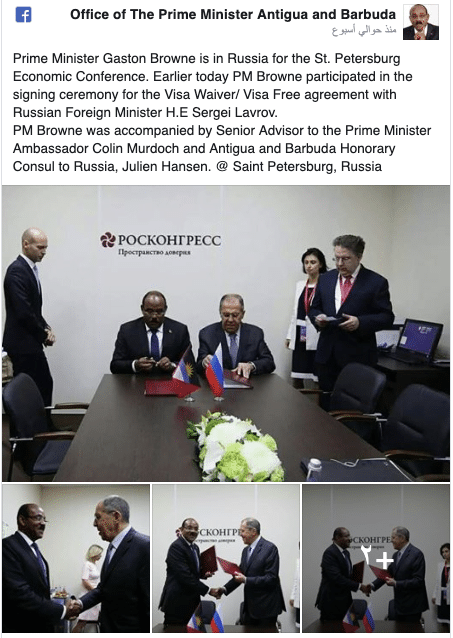 And what a difference it’s made; signing with the world’s largest country (at over 16 million km2, Russia area makes up 11% of the world’s landmass) has pushed the Antiguan passport up 5 spots – from 10th to 5th – in terms of total visa-free accessible landmass.

Antigua & Barbuda becomes the fourth Caribbean CIP-country to gain visa-free access to Russia for its passport-holders (of the region’s five CIP-jurisdictions, only Saint Lucia remains without it) and the 7th overall. 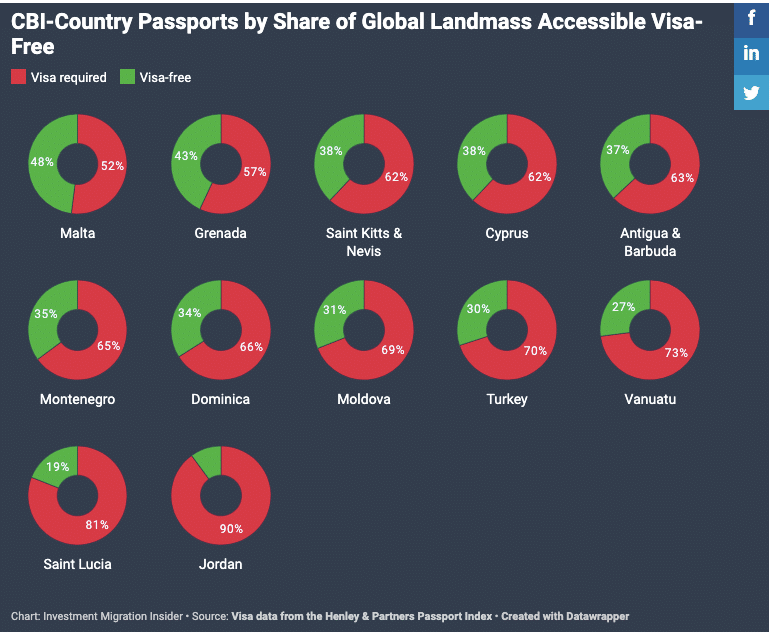 Seven out of 12 formal citizenship by investment programs now have visa-waivers in place with Russia – see which in the gallery below. Overall, Malta still has the most powerful passport in terms of landmass-access, even in the absence of a waiver with Russia; Maltese citizens can visit 52% of the world’s total area without a visa.

The Jordanian passport, meanwhile, ranks last among equals, as its holders still need a visa to see 90% of the world. 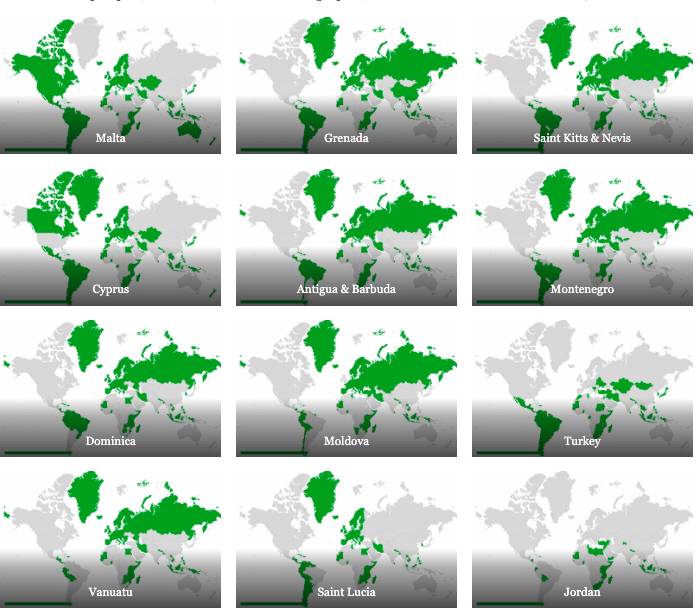 When we first began tracking landmass-access among CIP countries earlier this year, we pointed out that several jurisdictions could easily boost their ranking by focusing on the “low-hanging fruit”:

Saint Lucia, Vanuatu, and Moldova could make great leaps in its km2-power by simply adding Brazil to their rosters, a not unrealistic endeavor considering comparable countries like Saint Kitts & Nevis, Grenada, Dominica, and Montenegro have already done so.

Montenegro should sign with Indonesia as soon as they can; it covers 1.2% of the world’s surface area and every other CBI-country (even Jordan) has visa-free access to it. Moldovans can go to Kazakhstan (2.7 million km2) without a visa; why can’t Montenegrins?

Note that Africa alone has 12 countries (counting Mauritania) with a square area of more than a million kilometers. Visa-waiver agreements don’t always have to be a two-way street, and what possible objection could the Algerians have to more visitors from Vanuatu?