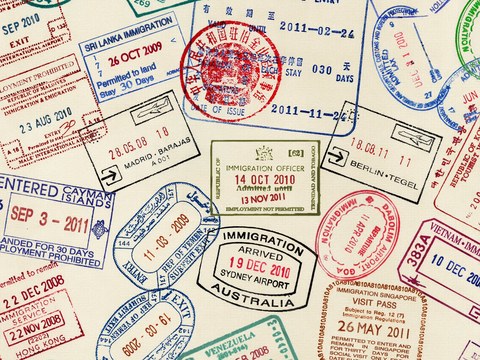 Japan goes into the new year holding 1st place on the Passport Index, with citizens enjoying visa-free/visa-on-arrival access to 190 destinations. In a further display of Asian passport power, Singapore and South Korea now sit in joint 2nd place, with access to 189 destinations around the globe. This marks a new high for South Korea, which moved up the ranking following a recent visa-on-arrival agreement with India. Germany and France remain in 3rd place going into 2019, with a visa-free/visa-on-arrival score of 188.

The US and the UK continue to drop down which is based on authoritative data from the International Air Transport Association (IATA) — and now sit in joint 6th place, with access to 185 destinations. This is a significant fall from the 1st place position that these countries held in 2015. Denmark, Finland, Italy, and Sweden now hold joint 4th place, while Spain and Luxembourg are in 5th. As they have done for much of the index’s 14-year history, Iraq and Afghanistan remain at the bottom of the ranking, with access to just 30 visa-free destinations.

Turkey’s recent introduction of an online e-Visa service has resulted in some interesting changes to the overall rankings. As of October 2018, citizens of over 100 countries (including Canada, the UK, Norway, and the US) must apply for an e-Visa before they travel to Turkey, instead of being able to do so on arrival. While this specific change means that a number of countries have dropped slightly in the rankings, it does not alter the overwhelmingly positive effect of the wider global tendency towards visa-openness and mutually beneficial agreements. Historical data shows that in 2006, a citizen, on average, could travel to 58 destinations without needing a visa from the host nation; by the end of 2018, this number had nearly doubled to 107.

Asian countries’ continued dominance reflects the extraordinary effect that international mobility and migration has had on the region. The full scope of this impact is explored in the recently launched 2019 edition of the unique publication that offers cutting-edge analysis and commentary from leading scholars and professional experts on the latest trends shaping international and regional mobility patterns today.

China’s steady ascent up the rankings over the past few years is a clear demonstration of this. In 2017, the country was ranked 85th, with citizens able to access just 51 destinations. Going into 2019, China sits in 69th place, with its nationals now able to access 74 countries and territories around the world. Commenting on the report, Froilan Malit, an Associate at the Gulf Labour Markets, Migration, and Population (GLMM) program and a Fellow at Centre International de Formation des Autorités et Leaders (CIFAL), says: “Overall, international migration has not only helped stabilize economic growth in Asia Pacific but enabled many labor-sending South and Southeast Asian countries to sustain strong economic growth, even in times of crisis.”

As is clear from the United Arab Emirates’ continued upward trajectory, the Middle Eastern powerhouse has taken a similar approach to Asian high performers. Now holding the top spot in the region at 22nd place globally, with its citizens able to access 164 destinations around the globe, the nation recently signed agreements with a number of countries, including Mexico, Japan, and Sierra Leone. Commenting on the UAE’s recent partnerships with African nations, Ryan Cummings, Director of Signal Risk, says: “The United Arab Emirates has demonstrated a penchant for reciprocating visa deregulation as the country aims to attract diverse skill-sets and increase the power of its own passport.”

Cummings suggests that the African continent would also benefit from this more expansive approach: “Africa continues to lag behind the rest of the world. That said, it is certainly moving in the right direction in terms of enhancing visa openness. Over the past year, several African countries – notably Angola, Ethiopia, Kenya, Namibia, and Senegal – relaxed visa requirements, with the intention of enhancing trade, co-operation, and security.”

Looking ahead: Brexit, the US, and changing alliances

Experts anticipate that neither the US nor EU member states are in line to substantially revise their current visa policies, whereas countries in other parts of Europe (such as citizenship-by-investment newcomers Moldova and Montenegro), as well as those in Asia and the Middle East, look set to continue seeking visa-waiver agreements with diplomatic allies.

A question mark remains over the ultimate impact of Brexit. While the deal hangs in the balance, it is difficult to anticipate what the ultimate ramifications will be for EU and UK citizens, as well as for EU and UK trade and co-operation. Commenting on the report on the potential impact of Britain’s changing relationship with the EU, Prof. Simone Bertoli, Professor of Economics at Université Clermont Auvergne (CERDI) in France and a Research Fellow at the Institute of Labor Economics in Germany, says: “London’s finance sector could lose a substantial part of its appeal, and other European countries (notably, France, Germany, and Ireland) could decide to strengthen policy measures to attract financial sector workers.”

Finally, insights from the report show that the ever-growing trend towards visa-openness is unlikely to slow down. Overall, 2019 looks set to hold some surprises in the travel freedom space as more countries and citizens embrace the benefits of global mobility.

As in 2018, countries with citizenship-by-investment (CBI) programs continue to hold their strong positions. Malta, for instance, sits in 7th spot, with access to 182 destinations around the world. St. Kitts and Nevis and Antigua and Barbuda hold 24th and 25th spot respectively, while Moldova remains in a strong position at 46th place, with citizens able to access 122 countries. A recent agreement signed between St. Kitts and Nevis and Belarus, due to come into effect in the coming months, will further strengthen the St. Kitts and Nevis passport, and enhance the travel freedom of its citizens.